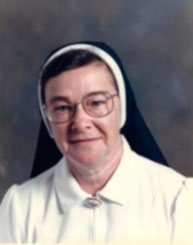 His kingdom. The gentle folk are

not overlooked. On the contrary,

they shall inherit the Earth. 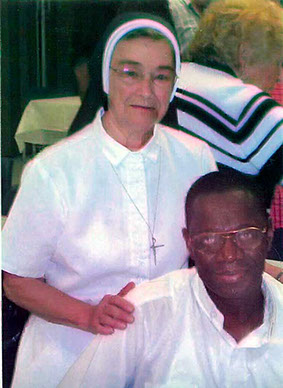 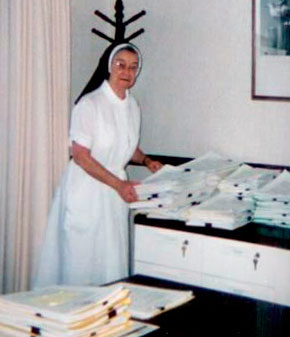 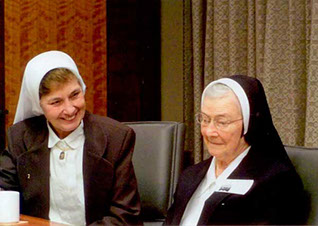 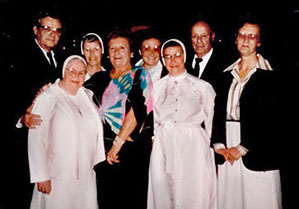 “I don’t need a new dishwasher! I have seven dishwashers. (Seven nuns lived in the convent.) However, I do have several children in my school that won't be able to attend next year unless someone pays their tuition." 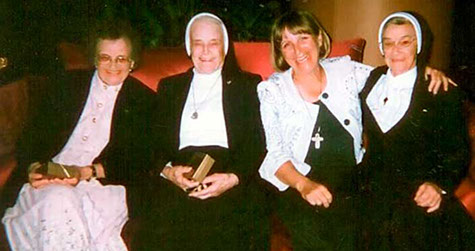 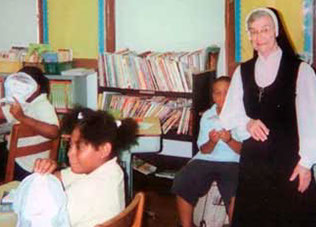 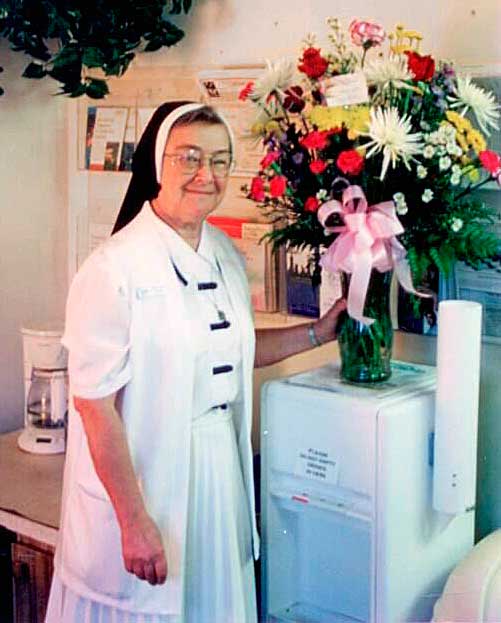 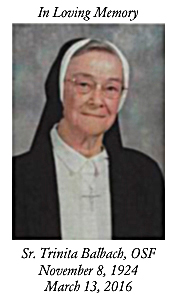 Today the Kremer Foundation provides tuition assistance grants for approximately  500 Catholic elementary schools throughout the 49 continental United States including the District of Columbia—a beginning that was providential when Sr. Trinita met George and Mary Kremer in Naples, FL, in 1983.

Sr. Trinita was then the principal of St. Ann’s Catholic School in Naples, when the Kremers and Mary Goddard were introduced to her by a family friend, Lynn Bailey, who was the host of the local talk show radio program. The endearing story of the Kremers wanting to help the Sisters be more comfortable in the convent by offering to replace their beds with new mattresses or to buy a dishwasher met the response of Sr. Trinita: “I don’t need a dishwasher. I have seven dishwashers at the convent,… but… there is a family here who cannot afford the tuition to have their children return to St. Ann’s School next year, so if you’d like to help that family, I know they would very much appreciate the assistance.”

So began the George and Mary Kremer Foundation more than 35 years ago for the sole purpose of providing tuition assistance grants to Catholic elementary schools with a designated proportion of financially challenged families striving to have their children experience the Christ-centered values and quality of a Catholic education.

Sr. Trinita’s contributions to education have had lasting effects during her 70 years in religious life in those places where she ministered as a teacher and later as a principal. The Archdiocese of Baltimore, Diocese of Charleston (SC), Diocese of Orlando (FL), Diocese of Pensacola-Tallahassee (FL), and her 27 years in the Diocese of Venice (FL) all demonstrate how extensive her devotion to serving others has been. Sr. Trinita accomplished so much that some who came to know her as they joined her in projects in schools or in parishes called her the “white tornado,” the “white flash,” and “the nun on the run” as Sister herself confessed that she “didn’t know how to walk slowly! ”

Two young students once asked their Mother “Is Sister Trinita a saint? “ Surely,

Sister Trinita was a saintly presence among us. The unassuming Sister Trinita – quiet, deeply prayerful and amazingly generous in her time and efforts to help others leaves a legacy of commitment to and service within Catholic education that has been unparalleled for those who came to know and love her as teacher, principal, Sister of St. Francis, sister and aunt in her natural family, colleague and cherished friend. The Kremer Foundation places its remarkable beginning within the inspiration and selflessness of Sr. Trinita, while more than 88,000 students have benefited from the generosity of the Kremers and the untiring devotion of Sister Trinita through 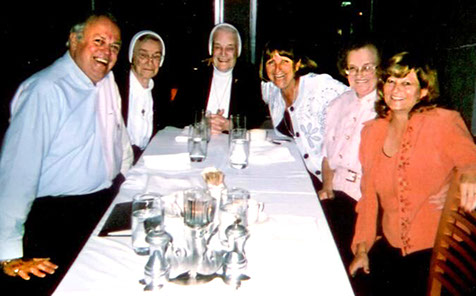